Plato's is privately family owned by father and daughter, Barry and Fiona.
Plato's is a Georgian building in the heart of Kirkby Lonsdale, originally a wine merchants house and business. The building continued as a wine merchants throughout the following centuries and then became a bistro and deli before we began to restore it in May 2008.
We have taken inspiration from the building's heritage and wine which will continue to be very important to us. We look forward to welcoming a new generation of wine lovers who now usually choose by grape. Plato's will once again bring the world's best vineyards to Kirkby Lonsdale. Restoring this old Georgian building has been a real labour of love and we hope you love it as much as we do.

Set in a picturesque market town, Plato's offers boutique hotel accommodation, a stylish bar and free Wi-Fi. There is good access to the M6 motorway.

Awarded 5 stars by the AA, Plato's has charming rooms with luxurious beds, flat-screen TVs and antique furniture. A full English breakfast is provided.

The superb restaurant serves an imaginative menu in cosy surroundings.

Near the Lake District and the Yorkshire Dales, Kirkby Lonsdale has many shops, boutiques and popular walking routes. 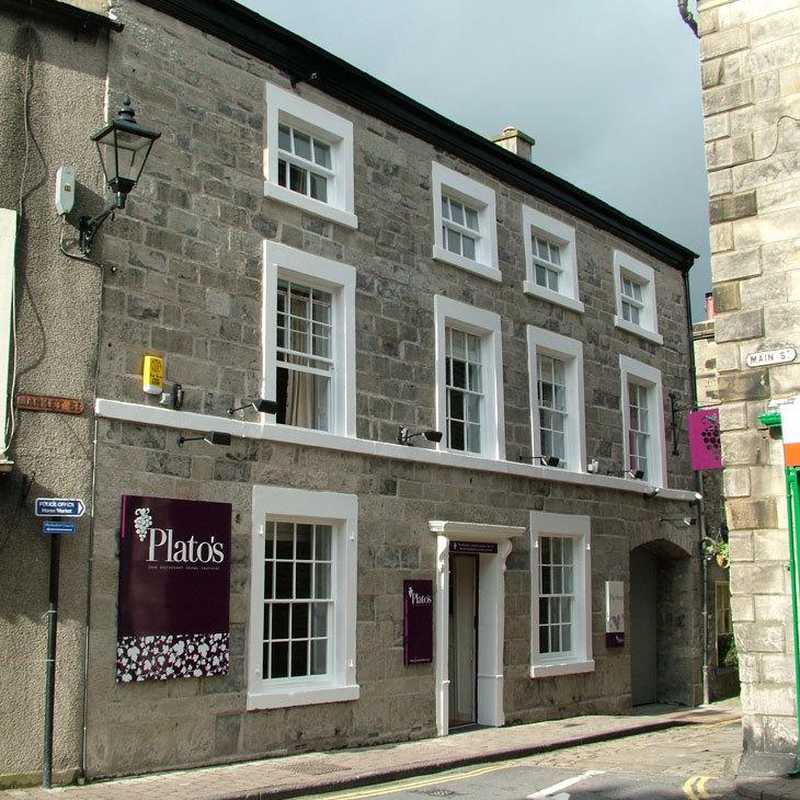